In total, the winning bids for these eleven wind energy leases amounted to $9,295,000. The lifetime income for the state land trust beneficiaries from these 11 leases is expected to be at least $196 million. Currently, state trust lands in New Mexico have a renewable operating capacity of 438 megawatts with an additional 366 megawatts under development.

The Office of Renewable Energy is planning at least 500 megawatts of additional wind power generation on these eleven parcels of state trust land. This production is enough to power the electricity consumption of 196,211 homes for a year and is equivalent to taking 321,035 gasoline-powered cars off the road. The output is also enough to power around 6,076,300,578 miles of electric car travel.

“I made a promise when I took office to triple renewable energy on state trust lands, and today we achieved that goal,” Commissioner Garcia Richard said. “By tripling renewable energy generation, we are ensuring a new and steady stream of income for New Mexico schoolchildren and other beneficiaries of state trust lands for decades to come. We are blessed with incredible wind and sunshine here in New Mexico, and we must capitalize on these renewable resources to help mitigate the impacts of climate change while diversifying economic opportunities.

The tripling of renewable energy in the state is the result of Commissioner Garcia Richard’s efforts to create new revenue streams for New Mexico beneficiaries and help fight climate change.

Commissioner Garcia Richard established the first-ever Office of Renewable Energy within the State Land Office to help develop New Mexico’s renewable energy portfolio. The creation of this new office led to the construction of the 207 megawatt La Joya Wind Farm on 35,000 acres of trust land in Torrance County, the Western Spirit Wind Farm, the Borderlands Wind Farm, the approval of four leases for the town of Las Cruces to power its water wells with solar energy, and much more.

A map of the eleven leases is available here.

The 11 leases and locations: 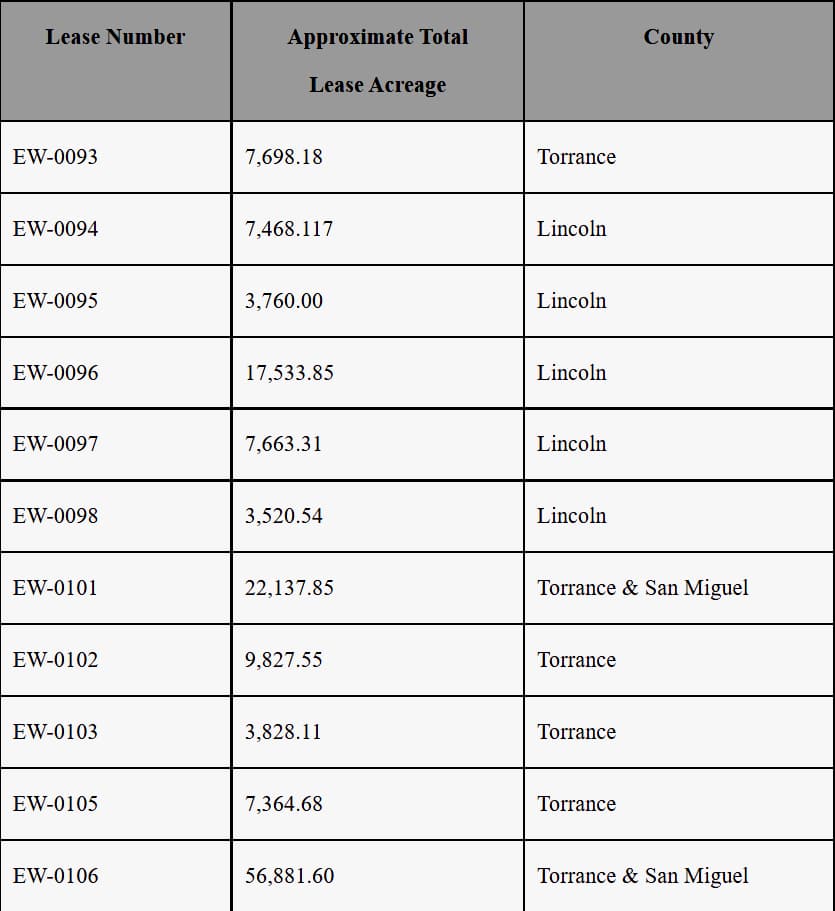 The State Land Office advertised the 11 leases for 10 weeks in two jointly circulated newspapers, in accordance with state law. The leases will expire in 2077. Courtesy/SLO 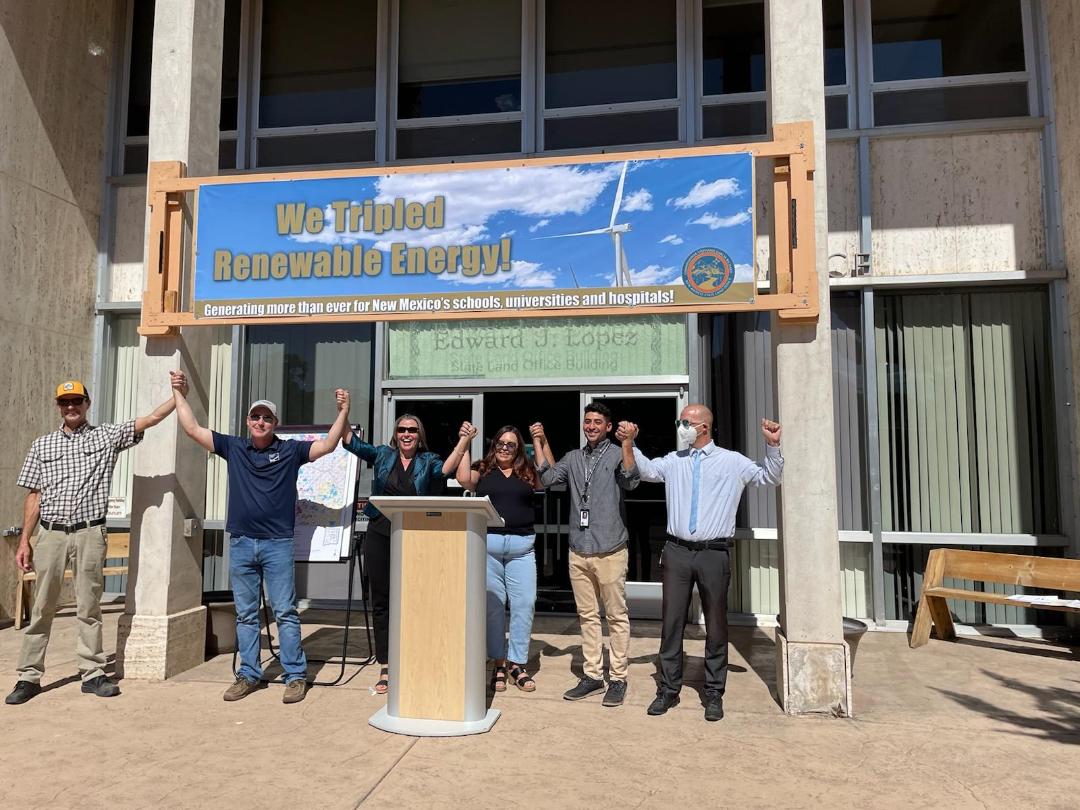